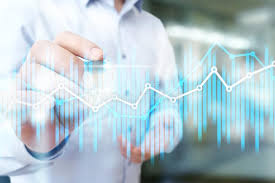 The level of competition within the non-fungible token (NFT) sector has been quite phenomenal. This is because NFT sector has earned quite the recognition and adoption in the recent years. The growth that the NFT sector has realized in the past couple of years is comparatively more than the rest of the sectors.

This is the reason why the marketplaces representing the NFT sector are constantly introducing newer services, utilities, and ways for people to benefit from them.

At present, the NFT marketplace with the highest user base and trading volume is OpenSea. However, you will see every day in the NFT news that many other major platforms are working really hard to gain more ground in the NFT sector.

Many other platforms such as GameStop, Robinhood, Immutable, and many more are also trying to become part of the competition. They are also trying their best to compete with OpenSea and earn the first spot.

OpenSea has a Plan to Stay on Top

Given the current circumstances, OpenSea has decided to take things to the next level. OpenSea executives know exactly what the pain point of the people interacting with the world of NFTs is.

No matter the platform, the major concern that the users/investors have are paying processing fees. When it comes to the NFT transactions, the fees are in the form of ‘gas’ that requires a fragment of ETH.

As most of the marketplaces are based on Ethereumblockchain, the charges that the users have to incur significantly high.

Therefore, OpenSea knows exactly how to use the opportunity to bring the ball into its own court. OpenSea has a plan that will allow it to leave every other NFT marketplace behind.

OpenSea has announced that it will be migrating its network to a new platform. The officials have revealed that the name of the new protocol it is migrating to is Seaport.

The officials have revealed that moving the entire OpenSea platform onto the Seaport protocol would prove very advantageous not only for them but also for the users.

Once moved, their platform will be able to offer so much more to the users than they are already offering. So many perks will be available for the users and among the rest of the perks, the most useful is low gas fees.

On top of that, the Seaport platform will be able to offer users with perks such as no fees for new account initialization. Other perks would include the ability to make offers of buying an entire collection, and other option that will be very user-friendly.

OpenSea has confirmed that following the migration, the users will be able to save a total of $460 million. With the implementation, the teams will also be able to remove the setup fee helping the users save up to $120 million.

Back in 2021, the transaction fees per transaction went all the way up to hundreds of dollars. Now, the situation is under control a bit but they are still high. As per Ido Fishman, NFTs will gain tremendously from the new migration.

The users will be able to so save so much from the gas fees and they will also save up money when signing up with OpenSea at Seaport. This is going to be a huge breakthrough in the world of NFT and OpenSea will be at the center of it.